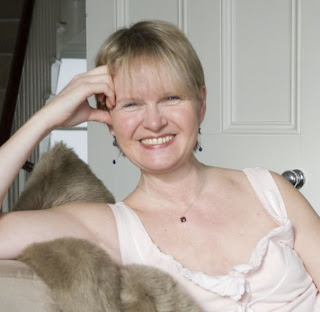 My mother was in hospital in Belfast having her lungs drained on the day I gave birth for the first time in London in 1984. We didn’t know as we cried down the phone to each other that she’d have nearly three months to live and would hold her grandchild only once.

I was 17 when she was finally diagnosed with breast cancer, after two winters of excruciating back pain. That’s the first thing I see that has changed where breast cancer is concerned: medics know what they’re doing much faster now. I’ll never forget answering the phone after school one day to find my best friend’s father, who’d just been the anaesthetist at my mother’s mastectomy, telling me that not just the lump but the whole breast had had to go. It was a dizzying moment that still haunts me, but surgery and follow-up are more subtle now. There’s less to fear.

My mother went from the north coast of Northern Ireland where we lived to stay with her sister in Belfast while she had radiotherapy and chemo, and she’d come home to us at weekends. The 60 mile journey nearly killed her: she’d become a frail little old lady in her mid-40s. The chemo removed her hair, as it still does, and as people still do, she toughed it out with scarves and laughter. The radiotherapy also left burns on her chest for months.

Two years later, a secondary lump appeared and I want to emphasise this to all you breast-lovers: the secondary grew from beneath her scar. That’s why I, 32B, would never have implants. Every time somebody mentions them, I remember sitting beside my mother while she was in the bath (one of her favourite places for us to chat), watching her soap that double, purple scar over where she’d once held us and fed us as babies.

One thing has changed enormously over the years and another thing has stayed the same. What’s changed is this: battling breast cancer is always a brutal business but nowadays I see more and more people survive it. People don’t just ‘survive’ as my mother did, with ever shorter remissions between torturous bouts of treatment – giving ever more heart-breaking opportunities to show how deeply courageous and wonderful these women can be - until the end. Nowadays people are genuine survivors, back to full health. Breast cancer is not Death Row any more. Not at all.

The thing that has not changed is the MacMillans. My mother decided on a Friday that she’d had enough and summoned us all. By the Sunday morning she had been gliding in and out of consciousness, but was still alert. The nurse came, as usual, to cleanse and soothe, and as she left, we said ‘See you later’. The nurse said ‘I don’t think so’. She was right. By 6.30pm that night, we were all sitting around my mother’s bed watching her last breaths. I can’t describe how deeply we appreciated those nurses being there. We knew our mother was in safe hands, and so were we. Their knowing gentleness is something I will never forget.


Rosemary Furber is an author based in London. Her latest book is called 'The Most Intimate Place' and is very good indeed. You can find out more at www.rosemaryfurber.com
Posted by Burlesque Against Breast Cancer at 06:40