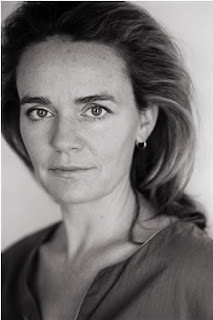 This is the story of dancing with the body, but there needs to be a bit of an introduction.

One of the strange phenomenon of surviving cancer is that a lot of those who live on long after the cancer has been defeated do so, not by going to war with the disease, but by adopting the survival mechanism of kindness.

Let me explain. Say a woman goes in for a check-up because she has found a small lump, tiny, almost indiscernible to anyone except her, but she is just playing it safe. Her view of the world is fairly balanced as she walks down the street towards the doctor’s clinic. She got up as usual, and she has gone through her day as usual up to this point. She goes into the clinic with a sense of herself, and where she is in her life.

She emerges a while later with an appointment for a biopsy.

Her world has changed, utterly and entirely, as though one minute she was looking down onto a familiar garden, and now she finds herself looking out onto a harsh desert where nothing is recognisable. When she next looks at herself in her bathroom mirror she does not see herself as she really is, but as someone with breast cancer, someone whose body has let her down.

It is at this point that a woman just diagnosed with breast cancer, or indeed anyone diagnosed with cancer, makes a choice. They either reject their body, seeing it now as their enemy, the thing that has turned against them, or they embrace the human machine as their greatest ally and friend in the healing process.

The shock of the diagnosis itself can further compromise an immune system that is already weakened as it tries to deal with the invasion of cancer cells. To decide, at this vital point, that the body has let you down is to betray the greatest ally we have, and to let go of the most powerful tool of recovery.
Where the mind leads, the body will follow. This is just the way that it is. If we mentally turn against our body the relationship between mind and body breaks down, the sympathetic dialogue ends and the body begins to fail, literally. In a sense it gives up. But if the mind encourages the body, constantly reassuring it, the body responds. In simple terms the mind is shoring the body up to do what it does best —to heal itself.

I have been based in India for a long time now, and in several different part of this kaleidoscope mass of peoples and cultures. I spent part of one winter in a village up in Ladakh in the very north, high up in the Himalayas, living with a farming family. I did not speak Ladakhi, and the main reason that I was with the family was that I was supposed to be teaching two of the sons of the family English. The Dorjay’s was a traditional Lakakhi farmhouse, the yaks below, the people on top, the loo a hole in the floor out the back so that everything tumbled straight down into a pig sty.

As the snows fell it became almost impossible to get out of the house.

Increasingly we were reliant on the supplies of dried food that had been stocked up through the summer: strips of meat, apples and vegetables that had been dried on the flat roof through the long dry-skied summer, all moisture wicked away by the altitude and the intensity of the sun. As the weeks passed the family settled back into their winter routine, bundled in thick layers, and taking up very sedentary residence in their particular corner of the main room of the house. It was where everything happened, cooking, eating, sleeping, arguing, chatting, and sometimes periods of silence as the family sat in winter somnolence, peering out occasionally onto the high white world beyond.

The surviving grandmother of the house became my most constant companion as we shared the job of rehydrating vegetables, and churning salty Ladakhi butter tea in a long wooden churn. This woman was only 57 but she had lived a hard life. The altitude and harshness of the region made her look about twenty years older than she was. Her flat Ladakhi face was a map of recent history and geography, deep lines drawing her story across her forehead. She had also been diagnosed with terminal lung cancer a few months earlier, a common cancer in the area because everyone inhales so much smoke from open fires throughout the winter months. Yet in spite of the diagnosis she did not seem to be deteriorating, even though had been told she had a matter of months to live.

Often I would see her stroking her chest, her arms and her legs, talking to herself as she did. As I got to know her better, and once I had mastered the art of butter tea-making to a level that allowed her to regard me as worthy of her attention, I finally asked her what she was doing when she was stroking herself and chatting away at the same time.

‘I am thanking my body for doing its job so well.’ She began to stroke her chest again. ‘See, I am telling my lungs how proud I am that they are giving such a good fight. I am dancing with my body, see.’

And she stroked and jiggled, laughing so hard that her eyes disappeared into the merry folds of her face.

She lived on for several years beyond her diagnosis. She chose not to take any of the prescribed conventional treatments or medication. Instead she ate large quantities of a local berry, possibly what we now see all over the place being sold as the superfood, goji berries. She outlived one of her sons, and certainly for a large multiple of the time predicted when she had first been diagnosed.

Thinlas Dorjay of Stok village was quite a teacher of kindness to the body in which we live, love, heal and die. She was a woman who did indeed dance with her body.

Justine Hardy is a former frontline correspondant and author of fiction and travel writing. Her latest book is called "In the Valley of the Mist", a story of a family in Kashmir. You can find out more at: www.justinehardy.com
Posted by Burlesque Against Breast Cancer at 11:46