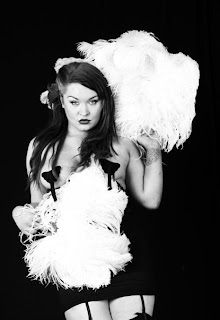 Tobacco, asbestos, arsenic, radiation, x-rays, sunshine, aspartame, benzene, lack of regular exercise, alcohol abuse...the list goes on, it seems you can't sneeze these days without getting cancer even if you are clean living.

Three years ago my Grandmother was sent to hospital, she had a strange rash on her chest and bizarre dimpling of the skin around the nipple. This had been something she'd noticed some time ago but had put it down to old age. A strong minded Russian woman and someone who had both of her children at home, she was the type to suggest honey and lemon for tonsillitis and a cup of tea for shock. Failed by the system, she'd never received sex education let alone been informed of the dangers of breast cancer or how to check herself. Stubborn, bossy and perhaps a little rude to hospital staff, she came in expecting to receive a course of antibiotics for what she assumed to be an allergic reaction. Little did we know how harrowing the years to come would be.

It emerged that she had breast cancer. For two long years, I watched a once strong woman go through rigorous chemotherapy and radiation treatments- one of the most painful thing was watching how ill both treatments made her. In that time we also lost my grandfather. I cannot begin to imagine how painful it must have been to lose one's life partner whilst trying to battle one of the biggest killers to date but she made it and fought every step of the way. It was hard to smile through tears when all of this was happening but her strength was inspirational, as someone who was meant to be there for her it was very hard to keep it together.

Three years on and a mastectomy, she is back and better than ever. As much as we moan about the health care in the UK, we have a lot to be thankful for. This year she went on a cruise on her own. She played a nun at a play touring the London Fringe Theatres and even sung at the Vauxhall Tavern, she is one of the lucky few who got a second chance and a fresh outlook on life. Not everyone is so lucky.

Breast cancer is now the second most common cause of death from cancer in women after lung. It remains to be a predominant cause of death within the human race. More must be done to raise awareness, it is lack of knowledge, research and funding that is failing us. I am massively impressed at the effort that has gone to organising this wonderful event, please think of these women and give generously.

Self Proclaimed fashionistas Ms Calico Cadillac and Ms Farrah Fontaine have been creating burlesque loveliness from the second they met. With Farrah's exquisite teeth and Calico's bountiful bosoms and oh so distinctive wiggle, together they hold the ingredients for a tantalising tease of a performance! Fontaine, a keen costume designer creates visual brillance beyond compare with every act holding something more special than the last. Teamed with Cadillac's strong focus on bringing classical burlesque and regency into slightly more out of the norm performce art; they cater for every sense and every occasion. 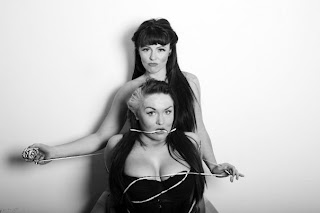 Posted by Burlesque Against Breast Cancer at 06:41