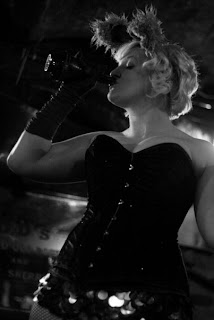 So you can guess from the title of this blog I have been a manic lady once again…nothing out the ordinary there then??!!

Well you would be wrong as I dont make it a habit to get speeding tickets. Damn my heavy foot and damn the rather dishy policeman who caught me with his snazzy camera on my way home from Northampton. I will put my hands up and say SORRY… not that it will stop me getting the fine and points. GRIM.

Well first things first this lady left work on Friday (i mean vanilla work) to Aylesbury to see my best buddy Big S. He and I go way back to my military days….I love Big S. Especially when he cooks for me…Sausage n mash! My favourite. I may not be the classiest of birds but I am true to my roots of british grub!

The next day I flew up the motorway towards Telford to see a good mate of mine Steve B (former singer with the metal band Vert). We headed off to Wolverhampton for the night…and I was shocked. Not only did we get two double JDs n cokes for less than £8 (hey I live in London) but also that two pubs played S Club 7 and Las Ketchup. It was like the last 15 years hadnt happened. Steve and I quickly sunk our drinks and headed off to his favourite metal/rock club The Planet. aaahhh the plusating beats of metal and rock…

By the time we got our asses home by way of a lovely taxi driver who put up with my singing, Steve’s stupid questions and both our drunken ramblings I was ready for bed….SHATTERED.
By morning though Steve dragged my weary ass off to have a bite to eat…namely a roast dinner! I mean WTF….I was hungover! But dutifully tucked in…only stopping when I realised it wasnt gluten free (wheat allergy!). Damn it…

Anyway I couldnt hang about too much as I had to race off to Northampton to see Luli Blue a lovely mate of mine and fellow burlesquer. I adore this lady…not only is she wonderfully yummy she also owns her own burlesque/belly dancing studio. That night Luli dragged me off to this tiki bar tucked away in Northampton town centre. I would never have guessed it was there if I hadnt had her with me. Its called Hakamou and is lovely! I had a fair few cocktails that night (non alcoholic admittedly) but couldnt have better service or better drinks. Each one I sampled was delicious. Strongly recommend you go. I am definitely going next time…I may even see if I can hire the place for a private party…or shoot.

The next morning both of us were up early so sadly we couldnt stay and party the night away….
The bank holiday Monday had to have been the most surreal and oddly enjoyable days of my life so far. Ok so that does sound mushy but its not everyday you get to go over lines for a film with a man none other than the world renown ALAN MOORE!!! and to not only have him but Mitch Jenkins to direct/film it! Mitch and I have worked together with Alan before to create the Dodgem Logic burlesque issues (along with Luli and Darkteaser!). I had an absolute blast and cant wait to see the results though more filming is to take place…I wont tell you anything about the script as thats just not ethical but I am excited.

Having the three of us girls in the same room (Darkteaser, Luli and I) was a recipe for chaos and before long we were all howling with laughter and telling rude jokes. Just like old times. Not sure why I dont have a picture of Darkteaser….oh well. She is a gem. I even got to have a longish chat with Mr Moore himself which was wonderful as I was rather nervous of meeting him again…the first time I met him I honestly had no idea who he was. I just thought he was a lovely (albeit very hairy) man with cracking smile and a good sense of wit. Now that I know more about him I was worried I wouldnt be able to string two words together let alone go through scenes with him…damn it. Thankfully his jokes and loveliness put me at ease…that and him saying a certain word over and over again…I wont tell you what it was as it will spoil the film.

Anyway one speeding ticket later, a long drive home and I found myself tucked up in bed ready to sleep. aaahhh randomness rocks my socks.

For more on BABC alumni Khandie Kisses, go to: www.khandiekisses.com
Posted by Burlesque Against Breast Cancer at 08:55