Welcome to Burlesque Against Breast Cancer 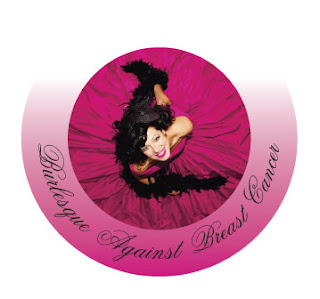 Burlesque Against Breast Cancer was created by entrepreneurs Emily Dubberley, Sam Eddison, and Fiona Fletcher who came together after Emily’s mother got breast cancer. Together, they’ve created a show that will help raise money to support the 44,000 women and 300 men every year that are affected by breast cancer, through Macmillan cancer support.

Emily Dubberley studied psychology at university, specialising in sexuality. After being shortlisted for the Cosmopolitan Journalism Scholarship, and the Company Fiction Writer Award, she founded http://www.cliterati.co.uk/ in 2001: a text-based sex website for women featuring erotica, a problem page, sex news and more. It now attracts over half a million page impressions per month. She was Founding Editor of Scarlet magazine, is the sex agony aunt for Look magazine, has written for numerous publications including FHM, More, Elle, Men’s Health, The Guardian and Glamour, and has had articles syndicated worldwide. She wrote the four most recent Lovers' Guide videos, created and edited the Lovers' Guide magazine and has written 17 internationally published books including The Lovers' Guide Lovemaking Deck (Connections) which was recently described as one of the top ten sex manuals ever in The Independent.
Emily says:
‘Breast cancer is the most common cancer in the UK. It affects 44,000 women - and 300 men - per year. That means that by the end of today, over 100 women - and probably one man - will have found out that they have the disease. And earlier this year one of them, unfortunately, was my mother. She luckily survived after undergoing radiotherapy and had immense support from cancer charities including Macmillan. It only seemed fair to give them that support back.’
Sam Eddison grew up surrounded by some of the world's top photographers, drawing inspiration from names including Tom Belshaw, Derek St Romaine and Gary Rogers. After ten years working as a graphic designer and art director, he decided to turn his photographic passion into a profession and has subsequently had work featured in magazines including More, Grazia and Maxi (Germany). Equally at home working in the studio and on location, his work ranges from corporate branding to reportage, travelogue to portraiture. He is currently working on a photographic art series focussing on burlesque and pulp fiction themes. See his work at http://www.sameddison.com/

Fiona Fletcher started her entertainment career as an actor and co-promoter for a Lancashire based touring Theatre company, after a two-year tour of theatres and venues throughout the UK and Holland Fletcher moved across to the world of music and continued her career in entertainment as a singer-songwriter/bassist, band manager, music promoter & DJ. After five years, three albums & too many nights in Camden, she moved into TV by winning a pitch for a new producer prime time slot on Channel 4. Fletcher wrote, produced & directed an animated short film which aired in 2003 - from there she went on to work as a Production Manager/Producer for Channel 4, Channel 5, BBC, ABC, Discovery, Aljezeria, and Voom Networks on programmes such as Ramsays Kitchen Nightmares, Supernanny, The Great British Menu & Selling Houses to name a few. After producing an inspiring US TV show about entertainment/underground theatre in New York, she decided to mix up her love for music and live entertainment and created Fletch Productions. Since then shes produced and directed a hugely successful sell-out run of New York's Le Scandal at Brighton Fringe before taking an equally successful sell-out run of New York's Esoterica to Edinburgh. Fletcher is currently producing a number of prestigious shows including artists and musicians from UK, New York, Australia, New Zealand & Russia and continues on her mission to provide fresh and innovative high-end entertainment and to produce events that scream glamour, sophistication & edge. http://www.fletchproductions.com/
Posted by Burlesque Against Breast Cancer at 15:35